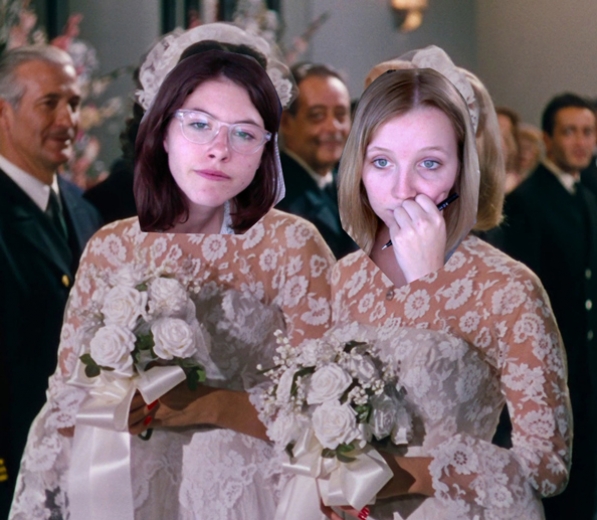 An anecdote: People aren't often able to call us the right first name without messing it up several times and then having to resort to using our hair colour as defining attributes (Blond Sarah, Brunette Nicole) to tell us apart. We were assigned 'Gentlemen Prefer Blondes' to make an artwork on, as part of a project once. After we’d watched the movie, we were baffled as to why. Could it really have only been because there was also a lead blond and brunette in the film? Dorothy and Lorelei have different wants, values and personalities throughout the whole movie, until the very end, when they are reduced down to the same: put in the same wedding dress to marry at the same time. This ending made us livid, but we reminded ourselves that it was the 50s. Except in many ways, nothing has changed. Natalie Thomas writes on her blog nattysolo.com: “The word ‘he’ was printed almost 4 times more often than the word ‘she’. Print media prefers to write more generally about ‘women’ than it does ‘men’. ‘He’ gets to be an individual where as ‘she’ is considered more generally, as in we women are all the same so don’t bother yourselves with the details.”